Since launching on the Gold Coast in 1998, Paradise Tower Hire and its fleet of truck-mounted cherry pickers and access equipment have become fixtures on worksites and building sites across the width and breadth of south east Queensland.

Led by James Manthey who started Paradise Tower Hire from his Burleigh Heads property, the 100 strong EWP fleet is almost entirely Genie. Richard Gannon, Genie Regional Sales Manager of QLD/NT/WA, Terex Australia, says, “It’s virtually impossible to take a drive around the Gold Coast and not come across a shopping centre or housing and construction sites that don’t have a machine from Paradise Tower Hire.”

In recent times, Paradise Tower Hire has beefed up it’s predominantly Genie® fleet with some Genie Z-34/22 N electric articulated boom lifts, and several Genie Z-51/30J RT boom lifts. More recently a Genie 85 ft telescopic boom has been added to the fleet along with the new Genie Z-62/40 booms, the compact and hardworking knuckle boom offering outstanding vertical and horizontal reach, manoeuvrability, working envelope and servicing. Manthey says, “Every year we seem to buy several machines. I love Genie big booms because they give our customers extra versatility to get to places our truck, with outriggers, can’t get to. Bigger machines give us more significant returns.

“The Genie 85 ft telescopic boom are a favourite of painters working in the many resorts dotted along the Gold Coast” he adds.

As for his fondness for maintaining a mostly blue fleet, Manthey compares his Genie affinity to a Holden motor car enthusiast. “I see Genie as the Holden of the EWP sector. I like to stick with the one brand, and I love their aftersale service levels and the reliability of their machines, which in combination give us a good return on investment.

“Genie is always there when you need them, and I’d like to give credit to their service technicians. They always do the right thing and are there to help us,” confirms Jenny Rendell, who doubles as the office manager at Paradise Tower Hire.

Moreover, many of Paradise Tower Hire’s customers only want Genie. Rendell says, “When a customer asks for blue that’s what we give them. Our customers like Genie because they understand these machines. We don’t want to send them a machine in which they’re unaccustomed that holds them up on a job. Therefore, we stick with a familiar brand such as Genie.” 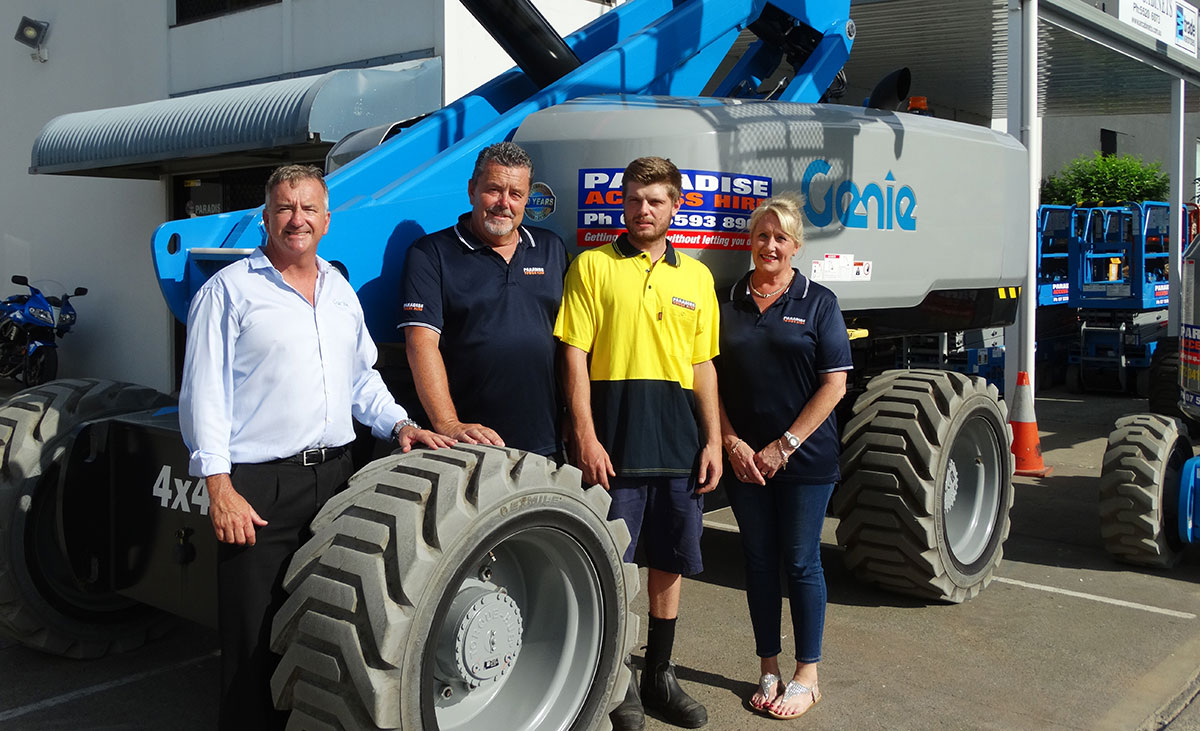