Skyreach, one of Australia’s largest EWP hire specialists, has added to its fleet the Genie Z-60/37 FE fuel-electric boom lift, which was named “Best New Product – Access” at the Hire Industry Excellence Awards 2017.

Skyreach was so impressed with the design of the lift that they made their first order when it was still on the drawing board. “We had to replace our 10-year-old electric boom fleet,” said Rod Leech, Managing Director of Skyreach. “Genie mentioned they were developing the Genie Z-60/37 FE boom and we ordered six straight up.

“I went to the Genie 50-year celebration in Seattle last year and saw the machine for the first time. It confirmed it was a good idea. We have ordered a few more since.”

The versatility of the Genie Z-60/37 FE boom lift is a major selling point for Skyreach. “They can go to a dedicated, indoor job where someone needs only electric,” Leech said. “They are designed to be first on site and last off site. They have the fuel-electric option and four-wheel-drive capacity to get around a worksite. Then when the building is closed up, they can go to electric mode only. They can go to any job.”

In the past, Skyreach used 60-foot electric booms. “But these machines were restricted to indoor use only,” noted Leech. “When a big indoor job finished, they’d sit in the yard, whereas a Genie Z-60/37 FE can go to any job and they have great scope. They can go out on a heavy-duty construction site, to a boggy site, or work inside a convention or shopping centre.”

The lift’s versatility enables Skyreach to achieve total market utilisation. “We get a better ROI with these compared to a dedicated electric boom. They can go out on any electric or diesel job,” said Leech.

Skyreach estimates that the Genie Z-60/37 FE boom lift will run on one diesel tank a week. “It offers a better emissions outcome as the machine can simply charge the battery when required. We’ll be the first to grab any other Genie machines that use this sort of hybrid technology,” said Leech. “We’re only just starting with this technology, but our first two machines are out on jobs already — and, our customers are over the moon with them.”

With its versatility and fuel efficiency, the Genie Z-60/37 FE boom lift is a perfect match for Skyreach’s value proposition. “We are specialists who have been around for a long time servicing the Australian east coast from the top to the bottom,” said Leech, who launched the firm in 1994 from the back of his car and built it into the business it is today.

Genie is thrilled its award-winning hybrid boom lift will be contributing to the Skyreach success story, said Kurt Kinder, Genie National Sales Manager, Terex Australia. “When Rod saw it and what it could do, he wanted the Genie Z-60/37 FE boom lift in his fleet. We’ve been only too happy to help,” said Kinder. 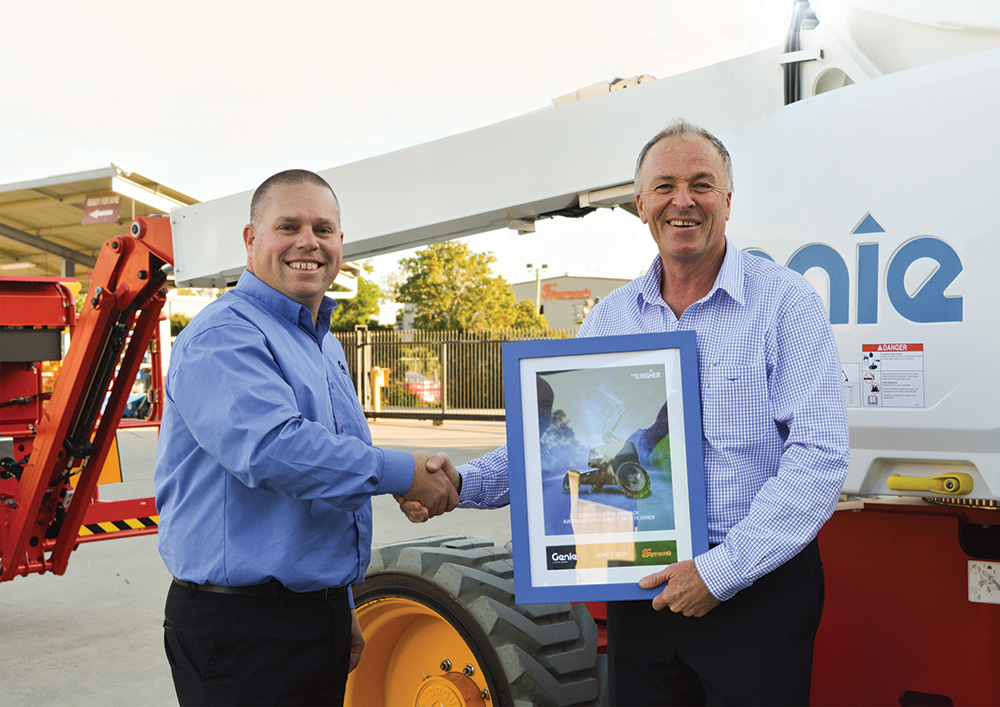