Liftech Handling & Access based in south-east Melbourne has purchased a Genie® Z®-60/37 FE boom, the all-electric articulating boom lifts to add to its growing armada of Genie equipment.

Gary Pope, a director of Liftech Handling & Access, and a long-time Genie customer said the decision to buy the Genie® Z®-60/37 FE boom lift was strategic. “We've already got rough terrain knuckles, plus some 60 footers, and we were looking for the 60-foot electric knuckles that have numerous applications,” he said.

“If a mechanic is doing a repair on an overhead crane, for example, and must reach over the top of the machinery, a 60-foot knuckle is required. But obviously being inside, it would be, preferable if it would be electric, so there are no emissions,” said Gary. However, until the Genie Z-60/37 FE boom lift came onto the market, Pope said there wasn’t a machine that fit the Liftech bill. Gary says, “Then the Genie Z-60/37 FE boom lift came along, and I thought, ‘Well it serves two purposes.’ It can operate as an extra rough terrain knuckle, but it can also cover for indoor use as well.”

“The Genie Z-60/37 FE boom lift is autonomous because you can run the diesel engine to charge its batteries.”

He adds, “There are so many aspects to this machine that made it attractive, and this means it will have good utilisation for us.”

Liftech launched in 1991 as forklift maintenance and repair company before progressing to long-term forklift hire. From here, the firm, which is based in Dandenong but services the Melbourne metropolitan area, began to hire out scissor lifts in response to customer demand. “The scissor lifts were popular for stocktakes as they were safe and reliable,” says Gary.

“We looked around and decided that we would buy Genie scissor lifts because they are priced well and have good parts availability. Moreover, people seemed to like to use the Genie lifts as they are easy to operate,” added Gary.

Today, the Liftech fleet of 400 machines is entirely Genie, bar two vertical masts. “In the past, we have even painted non-Genie machines blue in keeping with the majority of the Liftech fleet,” said Gary. “We've got a good relationship with Genie, including David Greene, Genie Regional Sales Manager for Victoria and South Australia, and with the service department. We've never have any real ongoing problems with the equipment. Any small niggly issues are quickly rectified.” 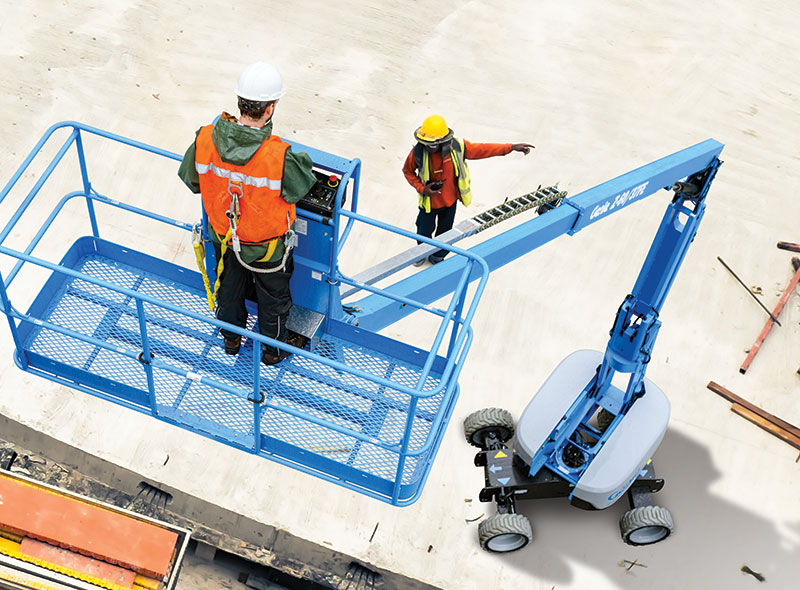