Northern NSW hire firm, Kenreach and its owner Ken Sanderson are firmly in expansionary mode following the recent launch of a new business in Casino, and the acquisition of a brand-new Genie Z®-62/40 articulating boom.

Not exactly a newcomer to acquisitions, the enterprising Sanderson purchased Murwillumbah Hire in 2013, before opening Kyogle Hire three years later. Recently, Sanderson assumed the reins at Casino Garden and Landscape Centre. He has since shifted his Kyogle Hire business in its entirety to Casino and renamed the combined operation, Casino Hire, and Landscape Supplies.

The Murwillumbah floods in March 2017 caused some damage to Sanderson’s fleet. “Genie machines replaced many of the damaged units, including the Genie Z-62/40 articulating boom,” noted Markwell. Accordingly, the majority of the Kenreach fleet are Genie machines, apart from the firm’s telehandlers.

Sanderson said the number of enquiries his band of companies received for larger articulating booms prompted his decision to choose a Genie Z-62/40 boom. “We even had a customer who kept ringing continuously over two weeks seeking a bigger boom. So, we thought we’d bite the bullet and buy one.”

The Genie Z-62/40 boom lift is bigger than the other booms in the Kenreach fleet, noted Sanderson. “In the regions we service, the boom is proving popular with shed installers, painters and industrial business such as sawmills, meat works and dairy factories, to name a few.”

Also, ideal for other modes of outdoor construction, the Genie Z-62/40 articulating boom lift provides lifting versatility with a combination of up, out and over positioning capabilities with an outreach that’s second to none. “Its compact size is another feature appealing to our customers,” said Sanderson, who is a strong advocate for the performance and reliability of Genie products. 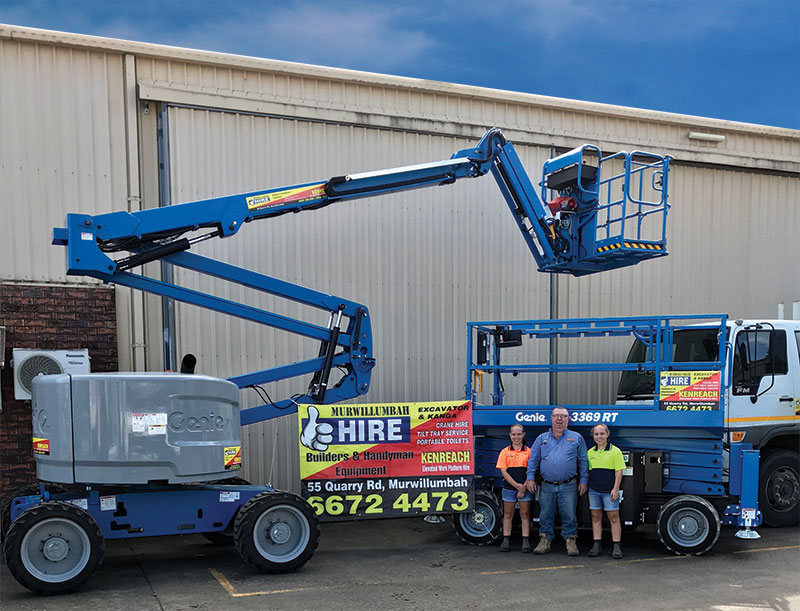