If you’re operating in Honiara or Hobart, your hire business can now profit from Genie 360 Support, the revolutionary end-to-end customer service solution, through increased productivity, reduced downtime and the potential for improved returns.

Construction firm Vitech Solomon Islands, for example, has given Genie 360 Support the thumbs up, after members of the AWP leader’s Parts and Technical Support team came to its assistance, when it was seeking advice and parts for one of its older boom lifts.

Jimmy Crockett, Manager, Vitech Solomons Ltd acknowledged Rikki Sands in the Parts department in Brisbane, and, Angus McDonald and George Gregory from Technical Support for their assistance in helping to find the parts suitable for his ageing Genie lift.

“We had a problem with the lift rising and were given instructions about how to find the problem and then assistance with organising spare parts, which were sent by airfreight to Solomon Islands within days,” said Crockett. “We were under pressure to have the machine repaired quickly as our client needed to get some high-level lights replaced that were inaccessible by ladder.”

Crockett added, “The Genie guys were extremely helpful in finding and locating the parts, as well as organising the prompt dispatch.

“I deal with many overseas suppliers operating in the Solomon Islands and the performance of these guys was outstanding — a credit to Genie. Many suppliers don’t even bother to ring back.”

“When we bring the Genie 360 Support team together, it’s extremely powerful for our customers such as Vitech,” said Mitch Ely, Genie National Operations Manager, Terex Australia. “Whether you’re operating Genie equipment in the Solomon Islands or Sydney, through Genie 360 Support, we deliver solutions from initial sales and service through to technical support, operating training and comprehensive management solutions for ageing EWP fleets.”

“When we bring the Genie 360 Support team together, it’s extremely powerful for our customers such as Vitech.” 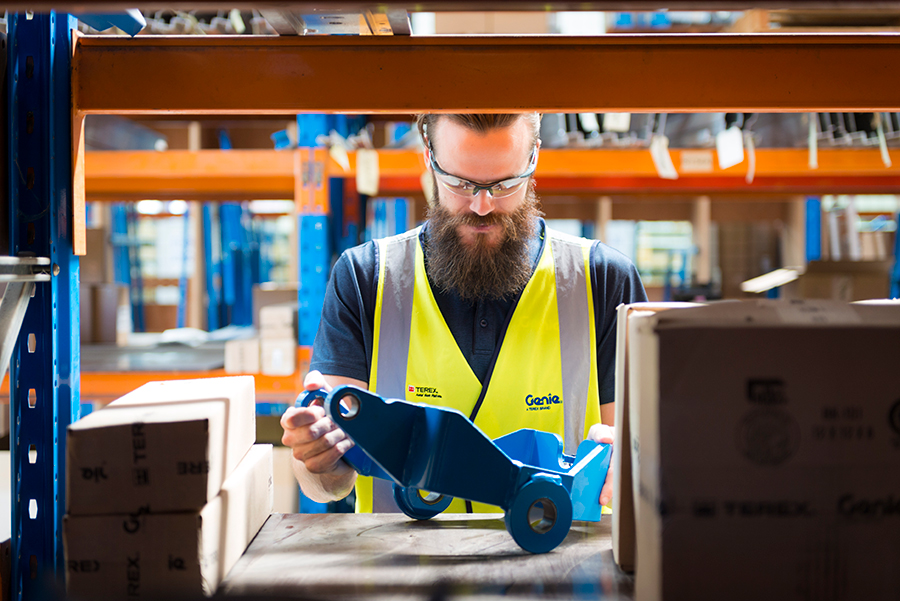