Evolving from high-end industrial rigging and fabrication company Rich Rigging, launched by Murray Rich in 1985, New Zealand firm Pro Services has confirmed its penchant for Genie® machines with a significant number of new purchases over the past six months.

First and foremost, Pro Services specialises in transport, EWP and forklift training for the commercial construction industry in New Zealand. With a great team involved, the firm’s evolution is in very safe hands. According to Mike Podziewski, Regional NSW/NZ Sales Manager: “Neil has been in the hire industry for many years. He’s joined with Murray to expand the rental, transport, sales and training business.”

The Genie S-85 XC boom lift will appeal to the film industry, according to Neil, because it has a more significant basket rating. “The basket rating is 454 kg, which enables the operators to use heavier equipment, cameras and lights. Murray and Aula Silipa, our Operations Manager, saw the machine at HIRE18 held in Brisbane in May 2018 and decided to buy it on the spot.”

The Pro Services mantra is “You name it, and we’ll provide a rental solution.”

“Pro Services won’t be weight down by processes. If a machine is safe and can provide our customers with a solution, we’re in,” Neil adds.

“Pro Services staff are not salespeople. We do more than sell. If we say we’ll do it, we’ll get it done. End of story. We love what we do.”

“We like working with Genie via agent Youngman Richardson & Co because the company understands the rental market, and they are responsive when we need them on board.”

The stamp of quality synonymous with the Genie brand is another essential tick for Pro Services. “The Genie SX-180 boom lift is a fantastic product of quality that our team enjoys operating. As we grow the business, our client base is requesting some of the Genie products, and we’ll happily support these requests.” 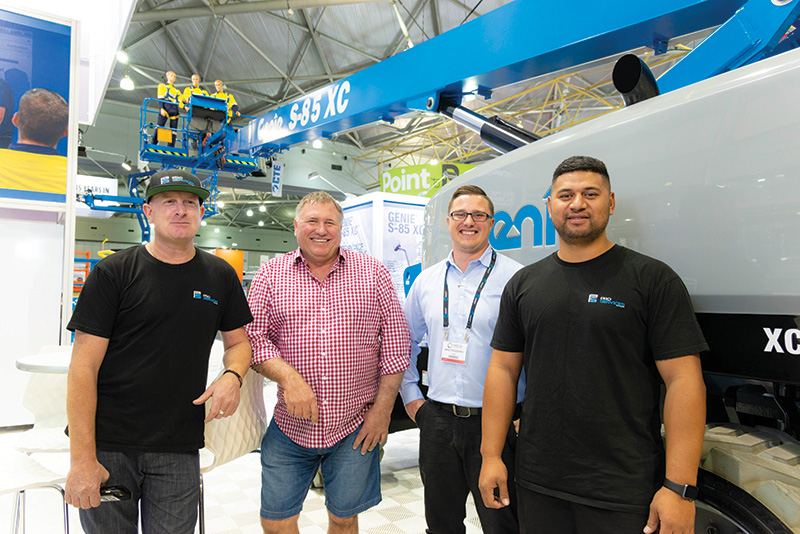