As part of the celebration, AAH, which launched in Sydney in 2006, has taken ownership of a brand-new Genie® ZX®-135/70 articulating boom lift, which is expected to attract plenty of capital city construction and maintenance work.

In addition to opening our new branch in Perth in January 2017, the new Crestmead facility is a response to AAH’s aggressive growth strategy, explains Pat Italiano, Chief Executive Officer, AAH.

Pat adds, “The new lean facility enables us to support our 500+ strong fleet in Brisbane more efficiently and to make sure we’re able to service the city’s strong construction sector.

Strategically, the Crestmead facility is in a booming industrial hub close to the M3. “This location is logistically very good for our business in Queensland.

“The site is efficiently lean, and it will enable us to turnaround the maintenance of machines faster and get them back out on hire.”

Pat adds, “Construction is usually cyclical. Traditionally, 2-3 states or territories are firing, while the rest have less construction activity. However, now every capital city seems to be going well and the forecast for the coming years looks very positive for our industry.

“Look at Sydney. You’ve got rail and tunnel infrastructure projects, stadium and shopping centre work going on. Our expansion plans are about capitalising on this momentum across Australia’s metropolitan cities. We currently operate in Sydney, Brisbane and Perth, but we’re in the process of getting ourselves into Melbourne, which is in line with our strategy of becoming a true national specialist in our field.”

Pat is pleased with the addition of the Genie ZX®-135/70 articulating boom lift to the expanding AAH fleet. “The attraction for us of the Genie ZX-135/70 model is the mini XChassis™ axle system. This allows our customers to use the machine in tighter applications,” explains Pat.

“If you’re working in the CBD doing maintenance on a high-rise building, normally you’d have to block off two lanes of traffic. With this machine, it’s just the width of a normal lane. That’s its advantage. It’s also perfect for infrastructure, maintenance and telco applications.”

Furthermore, the operating speed of the Genie ZX-135/70 boom is an improvement on the previous model.

As for working with Genie, Pat contends: “There’s a high market acceptance for Genie, which enables us to win more business and to support our existing customers.

Also, the level of customer service from Genie is excellent. It’s a big tick from us. The access to parts is great, the backup service is excellent, and they operate in every state and can support our business if we have an issue.” 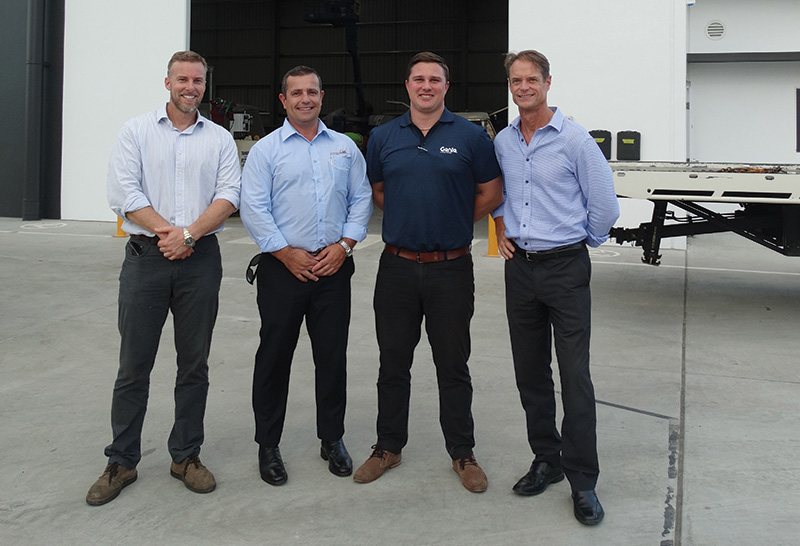