Outlook for the Non-Residential Construction Industry in 2017

The non-residential construction sector is expected to get into full swing toward the end of 2017, according to Kurt Kinder, Genie Regional Sales Manager Queensland/Papua New Guinea/New Zealand/South Pacific, Terex Australia. “There will be some big projects headlined by the $21 billion Carmichael mine, rail and port project in northern Queensland,” he said. Construction of the mine is scheduled to start in Quarter 3, 2017.

Other projects include the $3 billion Queen’s Wharf, a tourism, leisure and entertainment precinct in the Brisbane CBD. Westfield’s $1 billion development of the Coomera town centre on the Gold Coast is set to begin in the second half of 2017, along with the $200 million extension of Gold Coast Airport. “At the same time, the preparations for the 2018 Commonwealth Games will continue right through 2017,” Kinder noted.

On Cape York Peninsula, a new port and mine will be built near Boyd Bay, south of Weipa, as part of Rio Tinto’s $2.6 billion Amrun bauxite project.

Sydney’s level of development will remain high for at least another eight years, believes Brent Markwell, Genie Regional Sales Manager NSW/ACT, Terex Australia. “There’s currently $85 billion of infrastructure projects in New South Wales either under construction or to be rolled out,” he said.

Markwell predicts the recent coal agreement with Japan will have a significant impact on construction in NSW’s Hunter Valley. “This may even lead to the construction of a second coal terminal at Port Waratah, in Newcastle,” he said.

The current level of construction is unprecedented for NSW, said Markwell, noting: “I've never seen anything like what I’m seeing when I'm driving around Sydney now.”

The removal of around 50 level rail crossings in Melbourne is a major opportunity for the state’s hire and rental industry, according to David Greene, Genie Regional Sales Manager Victoria/Tasmania, Terex Australia. “There are also major roadwork projects,” said Greene. ‘There’s the construction of the Tullamarine Freeway, which includes some road widening and some significant bridgeworks. These projects have a couple of years to run.”

“Confidence is really high in Victoria now as far as the outlook for 2017. That’s the feedback coming from my customers, the rental companies,” says Greene. “They’ve enjoyed very high utilisation rates for many months now, which is fantastic.”

After a run of strong growth, the non-residential construction sector in Darwin appears to be levelling out, according to Stephens. The Inpex project is nearing completion, and the workforce and equipment formerly employed at Ichthys are moving to other major projects in the area, such as the new hospital at Palmerston and two new shopping centres at Palmerston and Coolalinga.

“There are several other planned and committed projects coming up including some resource-based work that should see the area through until 2019,” said Peter Stephens, Regional Sales Manager WA/SA/NT, Terex Australia. These include the $500 million upgrade of HMAS Coonawarra and Larrakeyah Barracks, as well as the $250 million Darwin Luxury Hotel development.

Several large infrastructure and commercial projects are underway in WA that will continue for the next 12-24 months, according to Stephens.

Construction of the $265.7 million New Museum, due for completion in 2019, is being led by Multiplex. There is also the $2 billion Forrestfield-Airport Link, a new train line connecting Perth’s eastern suburbs to the CBD. Another big project is the $1.1 billion Perth Stadium and Sports Precinct, with a new $100 million Stadium railway station.

In the seas off Exmouth, Woodside Petroleum plans to develop several oil reserves by bringing its Greater Enfield Project into production within three years, at a cost of up to $2.55 billion. However, construction projects associated with the mining and resource markets have largely taken a severe downturn on the back of poor commodity pricing, said Stephens.“Consequently, the large numbers of FIFO (fly-in, fly-out) employees have found it necessary to exit the WA market to follow work in New South Wales, Victoria and NZ. This has had a dramatic impact on Perth housing prices and new residential construction,” he said.

A recent Deloitte Access Economics report estimated the value of Tasmanian engineering projects at well above $1 billion, with just under $1 billion worth of projects planned.

At $500 million, the Midland Highway upgrade is one the biggest projects underway. Work on a $240 million revitalisation of the freight rail network continues, and a $38 million extension of the Hobart Airport runway is being undertaken. The $689 million Royal Hobart Hospital is the biggest project in Tasmania; and the University of Tasmania’s new STEM building in the Hobart CBD will cost as much as $400 million.

Adelaide has enjoyed several years of government and non-government investment in projects such as the Adelaide Oval redevelopment, Adelaide Entertainment Centre, Royal Adelaide Hospital and the South Road Elevated Superway. “This level of activity is set to continue in 2017, with additional work to be completed on the northern and southern ends of the Superway, a new airbase, continued development of the Riverbank in association with the Adelaide Festival Plaza, and Royal Adelaide Hospital site redevelopments,” Stephens said.

New Zealand and the Pacific Outlook for 2017

New Zealand will see several projects fall into place in 2017, according to Kurt Kinder, Genie Regional Sales Manager Queensland/Papua New Guinea/New Zealand/South Pacific, Terex Australia. “There will be the development of Auckland’s wharves, including the building of a new cruise ship terminal, as well as a new NZ$430 million convention centre at SkyCity Casino,” said Kinder. “The earthquake rebuild in Christchurch will continue in 2017.”

In the Pacific, Kinder says the New Caledonian nickel mines seem to be ramping up again. “There was a lull in production and now the outlook is good for 2017. The mines use everything from smaller maintenance scissor lifts to big booms doing the larger jobs,” said Kinder, who recently sold a Genie GTH™-4018 direct to a nickel mine in the French territory. 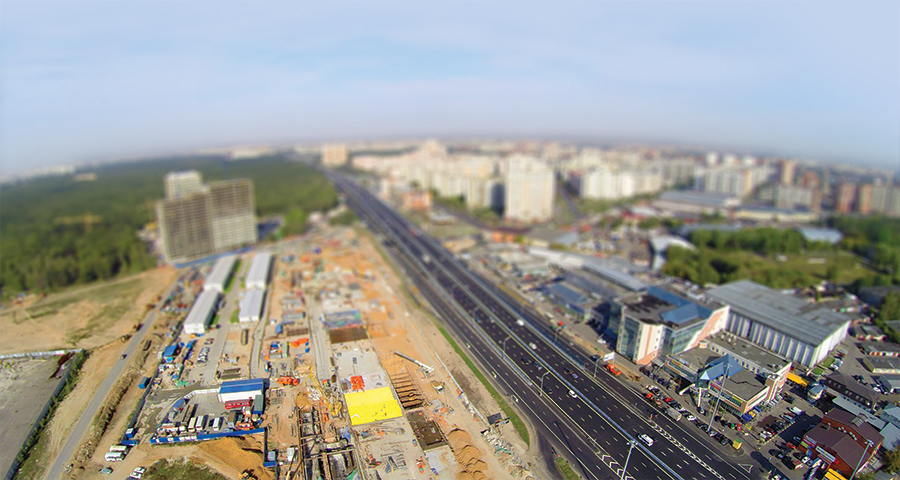