Bedford enjoys rapid growth with the support of Genie

“Dad was always a strong supporter of the Genie brand but sold the access machinery side around 10 years ago and focused on scaffolding,” says Bedford.

“I continued to scaffold for him before starting Bedford Access for myself.”

Servicing Newcastle, the Hunter region and parts of northern NSW, Bedford said demand for access equipment from companies involved in the construction of office, storage and warehouse facilities is driving some of the fleet growth. “However, I also just have a desire to work with these machines and make the company grow that way,” he confides.

Bedford is also proud his fleet is 100% Genie. “We have a passion for Genie along with our customers,” Bedford says. “You only have to talk to our customers in Newcastle to discover the strong preference for Genie over the competition.

“Our customers prefer Genie as they are much easier machines to use,” he adds. “When on a job, operators can use multiple functions at one time. A Genie boom or scissor is an easier machine to use. The others just don’t cut it.”

The aftersales service offered by Genie is another winning factor for Bedford. “I couldn’t be happier with Mike Podziewski, my state sales manager from Genie,” Bedford reveals. “We just sent a new Genie TZ-34/20 trailer-mounted boom to a mine site in the Hunter Valley, where it’s being used by an electrical company.

“Mike messaged me to see how the machine is performing, which is excellent service and support. I’m pleased to report I can’t see a problem with the new boom,” finishes Bedford. 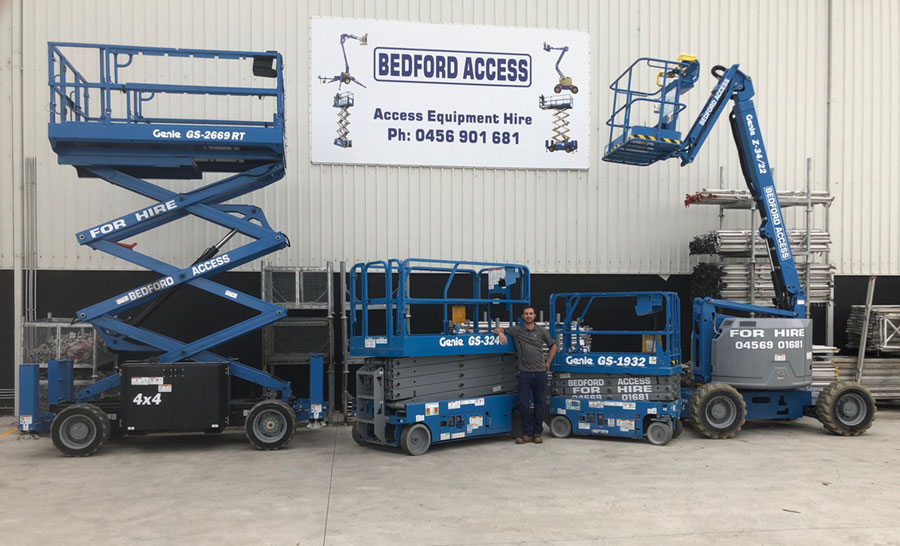