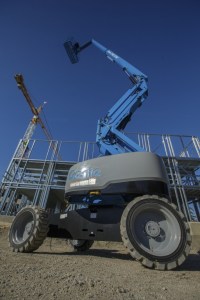 With the pending changes to ANSI 92* and CSA B354 standards, there is a need for education in the aerial market about the implications of the new standards, as well as how they will work with current industry regulations. For four decades, the current ANSI standards have provided requirements for safe, reliable access to work at height. The last big change to these standards, in the late 1990’s, brought with it several changes that required the industry to adjust. Learning from that change, it is important to not underestimate the impact the introduction of the new standards will have. Even though the new standards are anticipated to go into effect later in 2020, we need to start preparing now for these changes.

To reduce confusion, it is important to understand the difference between industry regulations and industry standards. Industry regulations have been in place since the 1970’s when government agencies, including OSHA, started working on health and safety requirements. The current industry regulation that applies to equipment for working at height, titled “Aerial Lifts,” references the 1969 ANSI standard for vehicle-mounted aerials. Some revisions and updates have been made to the regulation in the last 47 years, most notably the addition of references to other ANSI A92 aerial lift standards.

Regulations are laws, and it is mandatory to adhere to them. And under the law, OSHA and other governing bodies have the ability to fine users (defined as employers) for violations of the regulation.

Standards are developed by a diverse group of key stakeholders in the aerial industry, such as equipment manufacturers including Genie, distributors, trade associations, labor and users, and define safety requirements for all participants in the market. Standards committees may or may not include industry regulators and adhering to industry standards is voluntary — not mandated by law. In spite of this, aerial standards are viewed by the industry as mandatory and are widely accepted and used by manufacturers, owners, users, distributors and operators.

OSHA can incorporate standards into the regulations revisions/updates, making them requirements. In addition, regulators have the ability to issue fines under the general duty clause for items such as non-compliance with the requirements of the equipment owners’ manuals or failure to provide training to equipment operators. 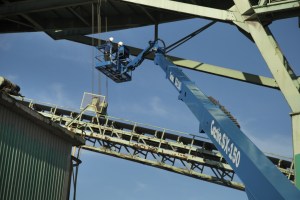 Current and upcoming ANSI and CSA standards represent the consensus of industry best practices and, because they are reviewed and revised or reaffirmed approximately every five years, they continue to set the highest industry benchmark for safety. The upcoming changes represent one of the most significant iterations of standards changes the North American industry has experienced. The new standards will be based on current ISO standards which also makes them very similar to the current European EN280 and several other standards worldwide. The changes will affect how products are referenced in North America, as well as how subjects such as design, safe use and training are covered. The new suite of standards includes changes in design such as platform load weighing and, for users and operators, requirements to perform jobsite “safe use planning and risk assessments.”

With all of the changes, the biggest advantage of these new standards is that they will move the industry closer toward a global standard, which will allow for easier trade of new and used units between countries, by driving commonality and stronger market competition.