With the pending changes to the ANSI A92 and CSA B354 estimated to go into effect in 2020, it is important for you to start preparing your business and your customers now for what will be different. We are also preparing for these standards changes, and as we are out in the field talking to businesses like yours, we are getting asked a lot of questions about what’s changing, how it will change and when it will change.

To make sure we’re sharing all of the information we know about the standards changes at this point, we’ve come up with a list of frequently asked questions and responses to keep you up-to-date. 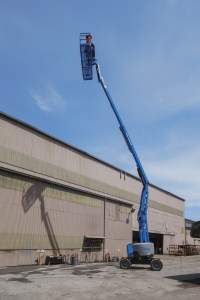 What equipment is covered under the pending ANSI A92 and CSA B354 changes?

All Mobile Elevation Work Platforms, or MEWPs for short, (formerly referred to as aerial work platforms) — boom lifts, scissor lifts and manually propelled aerials — are included in the changes.

When will the standards go into effect?

Once the final standards are approved, all aerial equipment brands and manufacturers serving North American customers will have one year to comply.

We expect to the standards to be finalized by go into effect in late 2018.

Will aerial equipment manufactured prior to the changes need to be updated to comply with the new standards?

Neither the updated ANSI A92 and CSA B354 standards will require retroactive changes so existing fleets are not affected.

There is no easy way to say it other than “everything will change.” Some of the key changes are:

Also, the new standards will make sweeping changes to how safe use and training for MEWPs are addressed and administered. Major changes to be aware of include: 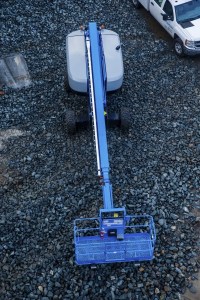 What is platform load sense?

How can a platform become overloaded?

There are two ways to overload a platform:

1) Too much weight in the basket before it leaves the ground, and 2) adding weight to the basket once it is in the air working.

Common culprits of overloading the platform include:

What happens if the platform becomes overloaded with the new load sense technology?

With the new platform load sensor, or load sense cell, an audible and visual alarm will alert the operator that the platform has been loaded above the machine’s load limit capacity. It is important to educate your employees and customers about what this alarm means and train them on the safe operating procedures necessary to resolve the situation.

What is tilt sense?

In the new standards, MEWPs in North America will also be required to be equipped with a chassis tilt sensor, which measures the angle, or tilt, of the machine’s chassis during operation. With the sensor, when the machine is working on a grade and the chassis isn’t level, an alarm will alert the operator that the angle of the chassis has reached the limit of the manufacturer’s specifications.

This functionality is similar to features currently on most scissor lifts available in the North American market.

What is the definition for machines rated as “indoor-only?”

The new standards will also spell out new requirements for MEWPs used in areas and applications not subject to wind loads. This means that the equipment is shielded from the wind, or any other outside force acting on the equipment, during operation.

Why are the standards changing?

The current ANSI and CSA standards have, for almost four decades, provided best practices for safe, reliable access to work at height. The last big change to these standards was in the late 1990’s.

The new standards will be based on current ISO standard, which will allow North American MEWPs manufacturers, including Genie, to be in better alignment with global markets like Europe, Australia and China, where similar standards are already in place. The move to get North American more closely aligned with a global standard will enable you to more easily trade new and used equipment worldwide.

Will OSHA be enforcing the new ANSI/CSA standards?

To reduce confusion, it is important to understand the difference between industry regulations and industry standards:

Regulations are laws, and it is mandatory to adhere to them. And under the law, OSHA has the ability to fine users (defined as employers) for violations of the regulation.

Standards define performance requirements and responsibilities for all participants in the market, and adhering to industry standards is voluntary — not mandated by law. In spite of this, aerial standards are viewed by the industry as providing equivalent employee protection as the OSHA regulations and are widely accepted and used by manufacturers, owners, users, distributors and operators.

OSHA can incorporate standards into the regulations revisions/updates, making them requirements. In addition, regulators have the ability to issue fines under the general duty clause for items such as non-compliance with the requirements of the equipment owners’ manuals or failure to provide training to operators.

What is Genie doing to prepare for the upcoming standards changes?

Genie has been proactively working on a response to implementing the new requirements across its entire MEWPs product range to offer effective, robust and reliable solutions worldwide. More details on how Genie is implementing these changes will be available in the coming months.